WITH COLE SWINDELL AND JON LANGSTON

Tickets on sale to the general public starting Friday, June 28 at 10am at Ticketmaster.com

About Luke Bryan
Luke is a two-time Academy of Country Music and a two-time Country Music Association Entertainer of the Year, a five-time host of the ACM Awards, a NSAI Artist/Songwriter of the Year and was named a CMT Artist of the Year six consecutive years. Luke has more certified digital singles than any other country artist with 46 million tracks and 12 million albums with four Billion music streams. Luke has placed 21 singles at #1, 11 of which he co-wrote. In each of the last several years, Luke’s headline tours have performed for 1.5 million fans or more and in 2018 he headlined the most stadium shows in one year of his career, now totaling 34 stadium concerts to date. Also in 2018 Luke opened Nashville’s only six-floor entertainment facility in the heart of Music City, LUKE’S 32 BRIDGE FOOD + DRINK.

About Cole Swindell
Cole Swindell, a Platinum-selling recording artist and 11-time No 1 singer/songwriter, released his third album, All of It, for Warner Bros. Records/Warner Music Nashville in 2018 and it debuted at No. 1 on the Billboard Country album chart and No. 7 on the Billboard Top 200. The first single “Break Up In The End” became his 8th No. 1 career single as a solo artist and was recently nominated for a Grammy® for Best Country Song and named one of the best country songs of 2018 by Amazon, Spotify, Billboard and You Tube among others. Swindell debuted his current single “Love You Too Late” LIVE on ABC’s Dancing With the Stars and Jimmy Kimmel Live! the song was included on YouTube’s Best Country Songs of 2018. Since launching his career in 2014, Swindell has toured with the biggest superstars in country music including Luke Bryan, Kenny Chesney, Jason Aldean, Florida Georgia Line, Dierks Bentley and has sold out all four of his Down Home Tours in support of each of his Down Home Session EPs. Swindell wrapped his second career headlining tour in December–Monster Presents, Cole Swindell & Dustin Lynch on the Reason To Drink…Another Tour with Lauren Alaina. The Georgia native has played on some of the biggest stages in the world including making history being the first-ever live radio and TV broadcast from the 57th floor terrace of 4 World Trade Center, overlooking the Freedom Tower where he performed his hit “You Should Be Here.”

About Jon Langston
Georgia native Jon Langston has always had a love for music of all kinds, but has not always pursued a career in the music industry. Even though he had a band in 8th grade with a few hometown buddies, it was nothing more than just a fun hobby for Langston at the time. Instead, Langston set his sights on playing football in high school and earned a Division I scholarship to play at Gardner-Webb University in North Carolina in 2009. It was his junior year of college when he picked the guitar up again and began to write his own songs, posting them on YouTube. Since then Langston has shown a passion and love for country music, and his unique voice and songwriting have sparked a wildfire fan base across the country. Selling out shows across the southeast, Langston, now a Music City resident in Nashville, TN, has created his own style and sound from a variety of influences. Growing up listening to everything from Alan Jackson to the Eagles, Langston has crafted a fresh, new country music sound that is ready for take off. 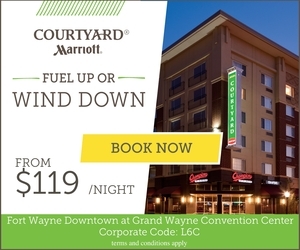 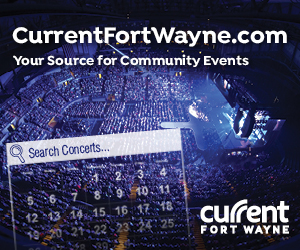